Please note : Preowned versions may not include additional content.
The latest Nintendo Direct releaved that Arms, the 2017 fighting game for Nintendo Switch is coming to Super Smash Bros. Ultimate’s Fighters Pass Vol. 2 lineup with all new fighters. The fighter will be available sometime in June. Stay tuned for more infomation.
It’s not called Super Smash Bros. Ultimate for no reason – this game is the ULTIMATE game for any fans of the original games. There are new stages and new fighters including every fighter ever featured in the series! That’s a whopping 78 fighters.
Elevate the Super Smash Bros. experience to new heights with faster combat, new attacks, new items, and new defensive options. What’s more? You can hold 4-player free-for-all or kick it up to 8-player battles.
Latest Information from Nintendo Direct;
Full description
Platform: SWITCH Select Edition
View Marketplace offers from
Please note: Pre-owned versions may not include additional items or content.
Earn up to £0.53 in reward points

Don't miss out on this highly anticipated game and get Super Smash Bros. Ultimate on Switch today.
Celebrate the launch of Super Smash Bros. Ultimate & claim the My Nintendo Gold Points for your purchase of Super Smash Bros. Ultimate by January 31st 2019 and receive Piranha Plant as free downloadable content**.
Get ready for Super Smash Bros. Ultimate where all the fighters come together for one battle.
EVERY FIGHTER FROM SUPER SMASH BROS. IN ONE
In Super Smash Bros. Ultimate, you can play as every single past fighter included in the Super Smash Bros. As well as including every fighter previously seen in the Super Smash Bros. game, there are even more new additions - that’s a total of 74 fighters for you to enjoy!
New fighters include Ken from Street Fighter and Incineroar from Pokemon. But there are many more returning fighters including Wolf, Ice Climbers, Pokémon Trainer, Mario, Fox, Zelda, and more!
ENHANCED AND REVAMPED STAGES
There are new stages and returning revamped stages for you to play too! There are more than 100 stages and every single one has Battlefield and Final Destination versions. To add more challenge, there are now Stage Hazards which will change your gameplay in unique ways! You can even Stage Morph mid-battle, so you can choose two stages to morph after a certain amount of time.
Want to make it even more personalised? Select your personalised theme music for the battle stages and set your background music with this option. There are over 800 tracks to choose from so you can create exactly the battle you want.
MORE POKEMON AND ASSIST TROPHIES
Prepare for an elevated Super Smash Bros. performance with new items and new defensive options. The items that appear on your stage could be your key to victory if you use them correctly! Each item, Pokémon item and assist trophy all result in something different. For example, use a Pokéball to summon a random Pokémon to help you in battle or set up a Healing Field on the ground to slowly heal.
GAME MODES
Game modes are not sparse either! The gameplay is more versatile than ever with more stages including The Squad Strike battle, Tourney mode, Smashdown mode, a new Training mode, and of course, Classic Mode. The choice really is yours! You can hold a 4-player free-for-all or enjoy a massive 8-player battle.
This is the biggest Super Smash Bros. game yet and you won’t want to miss out. Buy Super Smash Bros. Ultimate on Switch today.
Additional accessories may be required for multiplayer mode. Game, system, amiibo and some accessories sold separately. 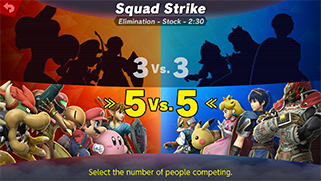 All past Super Smash Bros. fighters join the battle. Every single one! More than 100 stages! Returning stages have been powered up, and every stage has Battlefield and Final Destination versions. 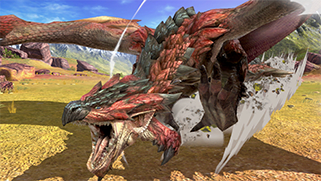 New fighters, like Inkling from Splatoon, Ridley from Metroid, Simon Belmont from Castlevania and King K. Rool, from the original Donkey Kong Country games make their Super Smash Bros. series debut alongside every Super Smash Bros. fighter in the series…EVER! 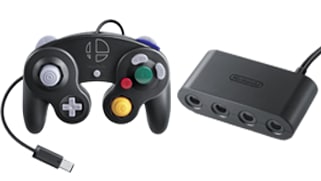 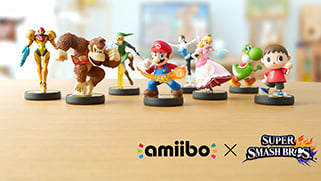 amiibo are interactive figures and cards that work with your games on Nintendo Switch. All current Super Smash Bros. series amiibo figures are supported. Simply tap your amiibo to the NFC touchpoint to begin levelling up and customising your character.


Our Warehouse team are working hard to process all orders whilst operating in line with strict guidance on social distancing. Once your order has been processed and is ready to be shipped delivery timescales will apply. You will receive notifications on the progress of your order by email.

Please note: Click & Collect is currently not available in England or Wales.
We have a wide range of Delivery options, please see the table below.

• Orders placed before 7pm receive next day dispatch. Monday to Friday, except on Bank Holidays.

• Whilst we will do everything we can to meet the delivery times above, there may be factors outside of our control and we cannot guarantee delivery within this timeframe

• Digital purchases are excluded from the total order value for tracked courier services.

a) a free of charge replacement console, and a partial refund of £50 to the original method of payment; or

b) a full refund of the price paid for the console ordered and the £19.99 delivery charge (payable to original method of payment), together with £50 compensation (payable at customer’s choice, either by BACS, Cheque or onto a GAME Gift card).

Please note that Royal Mail’s Lost in Transit claim procedure can take up to 21 days to complete.

• Deliveries to non-mainland UK addresses and remote locations (such as the Scottish Isles, Isle of Man, Isle of Wight, Northern Ireland and the Scottish Highlands) may take longer to reach you.

To see all of our delivery options click here

Sign up for a GAME Reward Account online for FREE, via the GAME App or in your local store.

Earn points whenever you trade-in or buy at GAME. Use your points to save on the stuff you want in-store.

Join Today - £3 per Month
Join GAME Elite today and earn up to 10% points back with GAME Elite - Our exclusive membership service from GAME. With extra points and more cash to spend, this deal is seriously on point.
Our promise to you - you can’t lose – join today and if you receive less points back from purchases than the fee you have paid for your membership for 12 months, we will give you the difference back in points.

Receive exclusive deals and offers and we will even send you a gift around your birthday.

Prices in GAME Stores may differ.

Now you can purchase products supplied by GAME & other suppliers on GAME's marketplace.


We use cookies belonging to GAME & third parties to provide you with the best experience on our site and deliver marketing based on your interests. By clicking I accept you signify your consent to the use of these cookies. By clicking close we'll assume you are happy to receive cookies from the game.co.uk website. To learn more, please see our COOKIE POLICY.